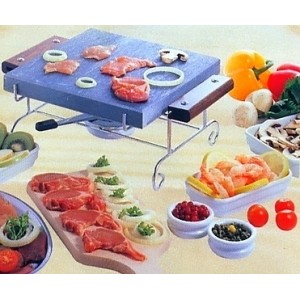 I’ve apparently become a rather trusting person.  Though I used to follow religiously the cardinal rule of travel – never go anywhere you can’t leave on your own – ever since I followed an acquaintance into the Russian wilderness by way of train, bus and friendly peasants to harvest potatoes with some 80-year-old religious zealots, I haven’t been quite as legalistic about these things.

For instance, last night, I was informed we’d been invited to a soiree.  I didn’t really know where or what or who, but why not?  I was surprised to get in the car – translation: the soiree was not in the neighborhood.  And even more surprised to see after 20 minutes and more roundabouts than I could count, the Dijon sign with a line through it.  Our soiree wouldn’t even be in the city limits.

No, we were going to St. Julien to see Julien.  I remarked on my trusting nature as we got out of the car and peacocks flew onto their perches. I didn’t even flinch when Julien offered his cheek rather than his hand in greeting (I still don’t understand all the kissing: who and when and how and why).   In the kitchen, I found a real fright – slabs of raw meat in the process of being thinly sliced: poulet, canard, boeuf.

Pierre a cuire would be the menu and the entertainment of the evening.  We’d be cooking each bite of our protein rich dinner ourselves over a hot stone.  Tedious and prehistoric and the quintessence of an open kitchen.

It was quite a sight to see seven boys and the lady of the house gather round the table laden with platters of raw, room temperature meat and a smoking stone.  Do I use the same fork to eat and cook?

I’m sure there were a hundred thousand elements of this dinner that I could be warned against trusting.  I decided not to worry too much about where I was and what I was eating though.  Instead, I focused on keeping track of which pieces of meat on the stone were mine (not so easy, actually) and enjoying the melodious, freely expressive soundtrack that is French conversation.

I didn’t understand or worry about understanding, but was grateful to be present, to have been invited.

Can fear and trust really be born from the same place?